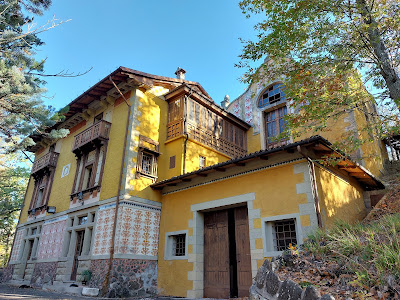 In the heart of the Bolognese Mountains well hidden among very tall and old pine trees, is a seemingly abandoned mansion. The property is close to my home, but it was only in the past year that we discovered it by taking an alternative route through the winding mountain roads. And ever since I first laid eyes on the place I have been drawn to it, coming up with reasons to drive past even when it is the longer way to wherever.

This place has horror movie charm +++ yet I have always felt very peaceful there. Of course we’ve stopped by and had a look around safely from the outdoors as the place is in a state of heavy decay. Which is very sad considering it was built in the 1800s by one of the area’s most famous and eccentric characters. Count Cesare Mattei was an inventor who created a medical therapy: electrohomeopathy. This made the nobleman quite rich and he lived in a castle very close to where the abandoned mansion is located. The mansion was built as a place for medical and spiritual refugee and many of European super-rich sought private treatment there. It looks to have been abandoned for several years. 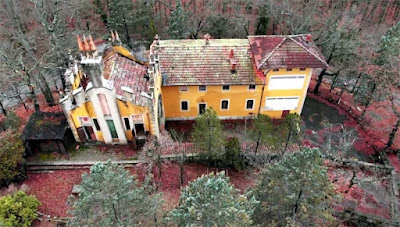 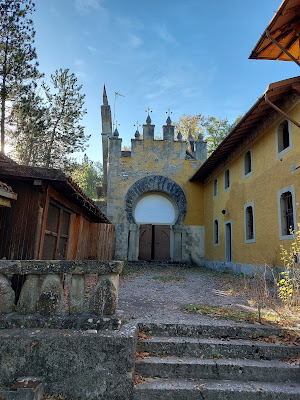 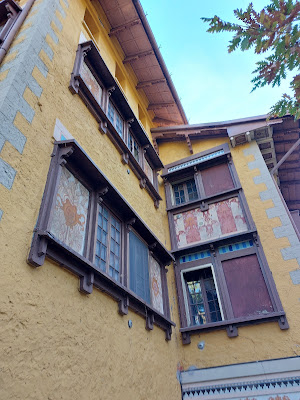 Fast forward to Halloween 2022 and we are driving past the mansion. For some reason either because I was lost in thoughts or more likely chattering away about something I missed seeing the place as we had drove by. I realized this after we had passed and were higher up on the mountain, so my husband who was driving said there is no way you should miss your abandoned villa on Halloween and turned the car around. 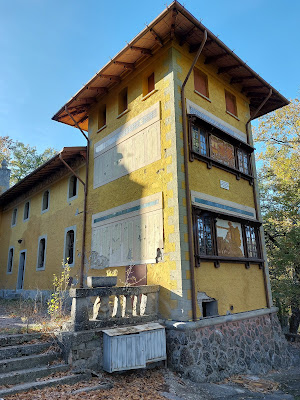 This time around I purposefully took a long look at the mansion when I saw above the main doorway a very large, and I mean an abnormally large crow standing on the ledge above the doorway. It was shuffling about and moving its wings as if ready to take flight. My mind went to she will swoop out in front of the car. It happened so quickly and as my mind was processing what I was seeing my husband said I thought I just saw a very large black bird moving around on the ledge above the doorway. And of course I was amazed that he saw her too!

Some might think we saw the Goddess Morrigan or a cryptid or that we both had a bad case of pareidolia caused by the black casing of the floodlight near the door. We did go back two days later to investigate and noted the placement of the light. But if it was a trick of the eye why had this never happened before?

Halloween is my husband’s birthday; the beginning of Samhain season, for some witches the ending and beginning of a new year. It is the season most associated with the Goddess Morrigan many a witch's patron diety.

We were called to that place and even turned around specifically to witness the beautiful impossibly large black crow, a good omen, and reminder that our world is indeed a mysterious place.

Blessed are the witches! 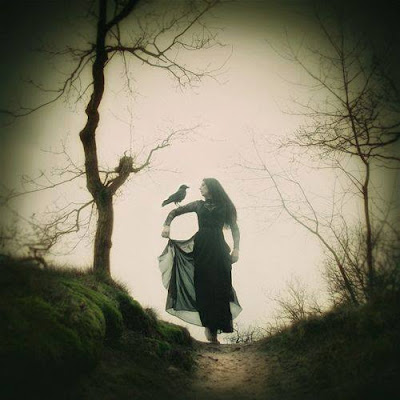 "Wherever crows are, there is magic. They are symbols of creation and spiritual strength. They remind us to look for opportunities to create and manifest the magic of life. They are messengers calling to us about the creation and magic that is alive within our world everyday and available to us." 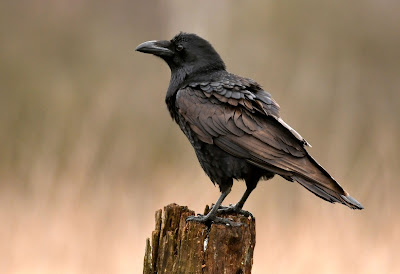 With the exception of the photos of the mansion which are mine, excluding the drone image which I found uncredited on an internet search, the crow is from Wiki and the Witch image from TUMBLR. I do try to give credit to original creators whenever possible.